We are thrilled to announce that earlier this week the Board of Trustees unanimously supported the recommendation by the Head of School Search Committee to appoint Ryan S. Dahlem as Rivers’s ninth head of school, beginning on July 1, 2023.


Ryan stood out as a top candidate through a rigorous search that attracted many highly qualified applicants. Very early in the process, it became clear that Ryan is an inspiring, visionary leader with a keen understanding of multiple facets of independent school management and leadership—as well as a compassionate, thoughtful educator who, as he put it in his initial application, holds an “abiding belief in the transformative power of education and a deep commitment to the promise, care and growth of young people.” Ryan’s visit to campus on September 8 and 9 left us even more convinced that he is a strong fit for Rivers and that he is uniquely positioned to lead our school into its next chapter.


“Ryan is a highly qualified leader who embodies all of the ideals of Excellence with Humanity and who, above all else, places students at the center of his work. He has a proven track record of leadership and management in a complex educational setting. Because of the competitive landscape for strong head of school candidates, we had to move quickly. I have the utmost confidence in Ryan, and I cannot wait to see what the future brings for Rivers under Ryan’s leadership.”


Since 2016, Ryan has served as assistant head of school at St. Margaret’s Episcopal School, a PK – Grade 12 school of 1,240 students in San Juan Capistrano, CA. At St. Margaret’s, where he arrived in 2006, Ryan has held leadership roles across the academic and administrative sides of the school, serving for four years as director of admission and financial aid and six years as upper school assistant principal. In his current position, Ryan works closely with the Board of Trustees and leads strategic plan implementation across the school. He created a unique student-centered Innovation Strategy that is rooted in design thinking and has been recognized nationally in the world of independent schools. Through this approach, Ryan successfully led a schoolwide schedule redesign, implementation of innovative new course offerings, a reimagined Service Learning program, a faculty innovation grant program and the creation of a Director of Equity and Inclusion position. Ryan also served as interim mathematics department chair and taught psychology, AP statistics, and entrepreneurship. Prior to joining St. Margaret’s, Ryan served as associate director of admission at Stanford University, where he oversaw admission for Stanford athletics and partnered with Stanford’s math faculty to recruit students with extraordinary mathematics talent. Previously, Ryan was a tenured mathematics teacher at University High School in Irvine, CA, where he also coached varsity wrestling.  Ryan began his teaching career at nearby Fenway High School in Boston.


Ryan graduated from Stanford University with a bachelor's degree in psychology and from the Harvard Graduate School of Education with a master’s degree in teaching and curriculum, and he has served as an author and presenter for the National Association of Independent Schools. He is a trained musician and avid mountaineer who has climbed the highest mountain on each of the seven continents.
"I was initially drawn to The Rivers School for its mission, core values, and tradition of Excellence with Humanity that resonates so deeply with my own educational philosophy.  When I visited campus, I saw these aspirations coming to life through reflective Senior Speeches, empowered student voices in the classroom, and a spirited Red and White competition.  Immediately, I knew this was a very special place.  With an extraordinary faculty, visionary Board of Trustees, dedicated parent community and, most importantly, a curious and vibrant student body, Rivers was the clear choice for me and my family.  I am honored, humbled, and inspired to build on the tremendous momentum at Rivers and lead the school into the next exciting chapter of its accomplished history."

Ryan and his wife, Anne, have three children: Peter (age 18), Ella (16), and Colin (8). Anne also has extensive experience in the independent school world: She currently serves as the director of communications and marketing at St. Margaret’s, a role she has held since 2007. She and Ryan share a commitment to being part of school life that will be invaluable here at Rivers. There will be many opportunities to connect with the Dahlem family in the weeks and months ahead. I know you will join me in offering them a very warm welcome to the Rivers community. 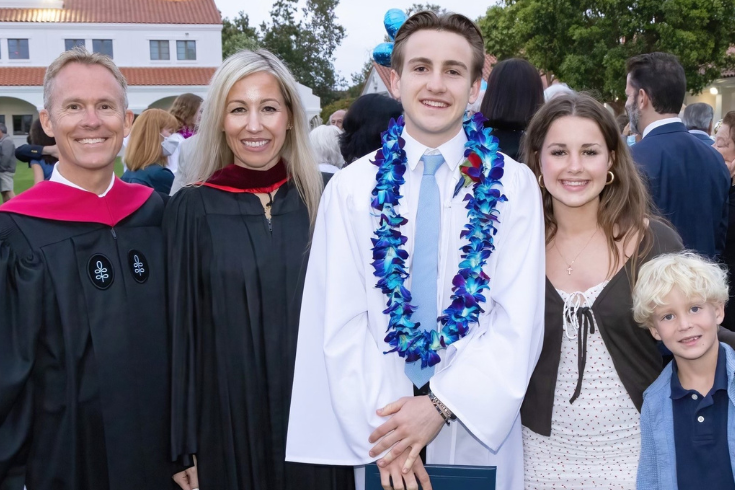 This announcement may come as a surprise to some, arriving as it does in the midst of planned visits from finalist candidates and before our process was originally scheduled to conclude. Last weekend, Ryan received an offer from another school, and we were faced with a challenge: lose Ryan as a leading candidate in our search, or hire him. At Rivers, we have never shied away from nimble thinking or decisive action.  With the firm conviction that we had found our next leader, the search committee recommended Ryan to the Board, the Board unanimously appointed him, and we concluded our search earlier than anticipated.


We are thrilled to share this news with you and delighted to know that, from a nationwide search process characterized by an unprecedented level of competition, Rivers was the top choice for Ryan and his family. To all the parents, alumni, faculty, students, and trustees, past and present, who supported and participated in the process, we are grateful to you for highlighting what makes this school exceptional. Finally, we especially want to thank the members of the Head of School Search Committee for their dedication and tireless efforts to ensure the best possible outcome for Rivers.